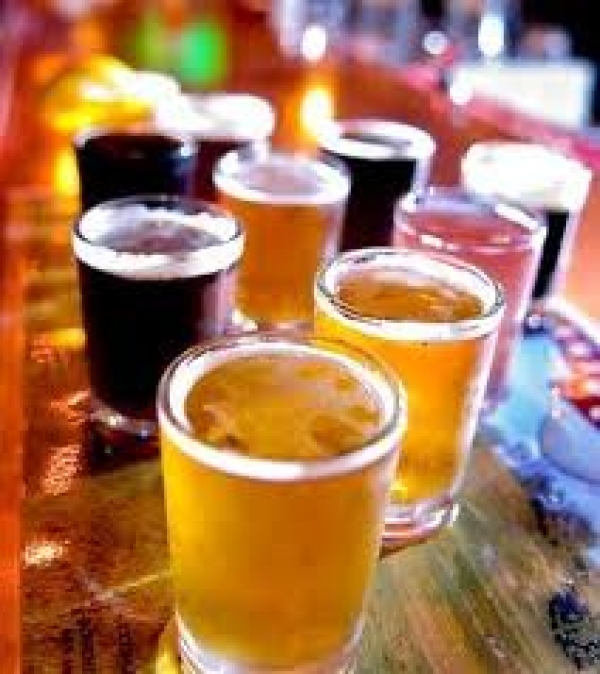 Nothing is better with a summer meal than an ice cold craft beer.

Georgia is home to several brewpubs, where you can get good food and beer brewed on the premises. There are enough Georgia brewpubs to put together a really enjoyable tour in summer—or any time of year.

A brewpub serves food and its own beer. Some distribute their beers for sale by retailers and other restaurants; some sell only to onsite customers. Annual output may range from a few hundred to maybe 7,500 barrels a year.

Obviously, you’ll have to drink responsibly and drive the following day to your next destination. To make this trip extra safe, download the Uber app or the Lyft app to your iPhone or Android device so you can get safely ot wherever you’re staying. The apps are free.

Consider these brewpubs for your tour:

Widely honored in Atlanta and nationwide, the Wrecking Bar Brewpub occupies a late Victorian hybrid building that has been a home, a church, a dance studio and, before its current incarnation, an architectural antiques shop called the Wrecking Bar. The building near Inman Park was designed by architect Willis F. Denny, who designed other key Atlanta structures in the early 20th Century.

The Wrecking Bar menu revolves for food and drink. Brunch, anyone? Try Choco Mountain Imperial Breakfast Stout, with flavors including bittersweet dark chocolate, mocha, dark fruit, oats and wheat, and a half-gallon of Guatemala Antigua cold-press coffee in every barrel. Later, try the truly light Fruit at the Bottom Mango-Pineapple Milkshake IPA. Among the ingredients are lactose and vanilla beans. It’s very smooth.

Recent dinner entrees included Salmon Tagliatelle and slow smoked Aspen Ridge Brisket. The crew will help you pair any entree with a Wrecking Bar brew or other libation.

Choose from 25 of its brews on tap in the Cherry Street Taproom. There’s a whiskey-tinged brew, the Bourbon Barrel Aged Biere de Garde, and what the pub bills as the “wee heavy” Strong Scotch Nitro, an ale. With dessert, try the unique Coconut Porter. The bar packages some beers for takeout. Dining is informal, featuring Rick Tanner’s Rotisserie Chicken, well-known around Atlanta. Added to that recently are handcut steaks and grilled fish.

Nighttime and weekend entertainment, from live music to trivia competitions and cornhole tournaments, is common.

Moderation and balance in all things. That statement is behind the philosophy of Reformation Brewery “to set beer free.” The Woodstock, GA, eatery and brewhouse says it values everyone’s story. The Reformation story began with a homebrew that outgrew the number of guests who could drink it. After five years of home brewing, the brewery was born.

Woodstock is about 45 minutes northwest of Atlanta on Highway 5, via I-75 and I-285. Reformation plans to open a new pub at 105 Elm Street in Woodstock in August. The original brewery was a nice gathering spot but had food only on special occasions. Queenie’s, a Southern-style restaurant in Woodstock, will operate the kitchen at the new brewpub.

Patrons will be able to offer opinions on up to 24 unique brews to help guide production decisions. Upstairs will be the Study, with booths, sofas, chairs and a second bar. A gathering hall will have games, a giant screen and space for a singer-songwriter to perform. Reformation will preserve an ancient elm on the grounds, enhancing outdoor events.

Check out detailed list of Georgia brewpubs and breweries.

More in this category: « Georgia’s 2018 Summer Music Festivals Down on the Farm »