So, You Want To Be in a Georgia-Filmed Movie Featured 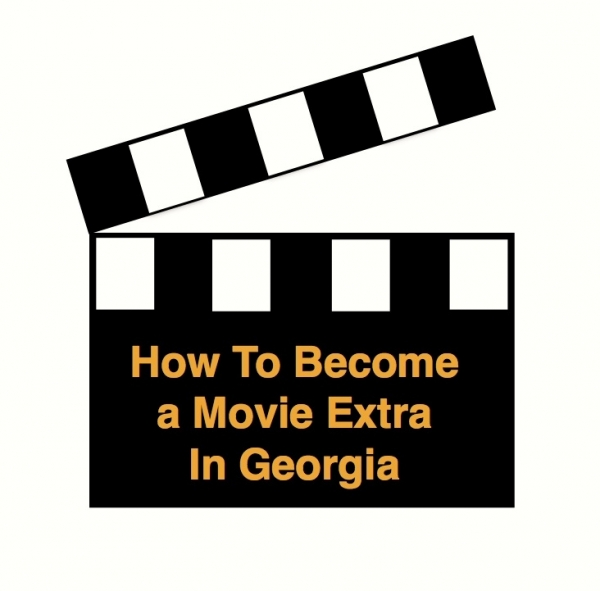 The Crossing Creeks RV Resort & Spa blog isn’t likely to make you a star, even though we do our best to treat you like one. But we can help you go about trying to land a part as an extra in one of the many productions that are filmed in Georgia.

Opportunities to appear on film or the small screen are more plentiful than you might know, with Atlanta being the Hollywood of the Southeast. Or maybe we should say that Hollywood is the Atlanta of the West Coast, since more films are shot in Georgia than in California the past three years.

Don’t get us wrong: There’s always a ton of competition for movie parts, even for non-speaking roles in the background of movie scenes. Getting into a movie in a nonspeaking role isn’t a cinch, but it’s not impossible, by any means.

What Roles Do Extras Play?

Film extras are needed to play many types of roles.

You don’t need to have movie star looks to get a role as an extra. You don’t even need a movie star smile. Sometimes it helps, but the fact is that all types of people are needed as extras, depending on the part. Sometimes your serious look is all you’ll be asked to show.

Old people, young adults, male or female, children, skinny or rotund, buttoned-down or right off the Harley, fit or totally out of shape, babies—all are likely to be in need from time to time, depending on the film. Extras may be needed to fill a ballpark, a lobby, an airport terminal or a crowded street.

Online recently, for example, was a call for extras to play downtrodden street people in the cop buddy film “Bad Boys For Life,” now in production, starring Will Smith and Martin Lawrence. Looking perfect didn’t appear to be a priority. The “Jumanji: Welcome to the Jungle” sequel starring The Rock was looking for college students and “upscale types.”

Sometimes there are certain conditions for extras. For example, when Clint Eastwood was in Georgia filming his movie “The Mule,” about a 90-year-old veteran who became a drug runner for a Mexican cartel, he sought real veterans for a party scene inside a VFW post. The extras had to have their own cars. And the cars had to be certain colors. White, red or custom-color cars disqualified you. Hey, you never know when they’ll want an RV with a dent exactly where there’s damage on your Class C.

You May Get Paid, But You Won’t Retire on It

Extras—also referred to as Background people, or BG—in Atlanta typically are paid about $8 to $9 an hour. That would include the time you spend waiting, listening to direction—likely in a group—and acting. Sometimes film companies will pay extras by the 8-hour day, but it still comes out to about the same hourly pay. If you run into overtime, you’re paid for those hours at time-and-a-half. Plan on a 12-hour day, typical on the set.

If somehow you end up in a speaking part—not likely if you have no experience or training—pay may go to $500 a day or more.

You really should register with casting agencies, which can be done online or in person. The usual registration includes a one-page resume and brief listing of experience, if you have any. You also must include age and basic body measurements, including height, weight and dress/coat size.

Photos for most agencies seeking extras don’t have to be professional. Selfies or cell phone shots by someone else usually work fine; they let agents and directors see how you really look. In addition to your face, a clothed body shot from the knees up is helpful. If you have the clothes, dress in outfits appropriate for different characters: a business suit, casual clothes, exercise clothes, formal attire, outdoor active wear, a period costume if you have one. You don’t need all of them, just some.

Once you’re registered, update your files periodically—annually will suffice.

Agencies operating in Atlanta include:

It helps to have a Facebook page of your own containing your name and describing you and your skills for agents to see. Once the call is put out on Facebook, just write a comment saying “submitted.” You’ll be notified on the agent’s page only if you’re invited to come in for a role.

More in this category: « Replacing RV Floor Covering On the Set: Movie and TV Productions in Georgia »