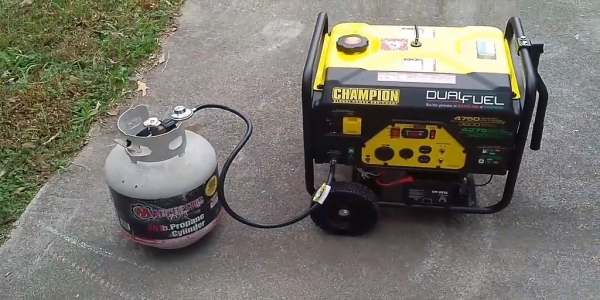 It may seem sacrilegious to some RVers not to have an onboard, integrated generator, but there are several reasons portable RV generator sales are up:

More generators are billed as RV-ready, but what does that mean? As with so many things in the RV universe, there’s no legal definition of the term “RV ready,” so shop carefully.

Some makers say a generator is RV ready if it has a TT-30 twist-type outlet like the one you would find on an RV park’s 30-amp shore-power hookup. It lets you more easily feed your RV’s electrical system directly from the generator, but you can also do it with a quality adaptor. The problem is that many of these generators are really just contractor-grade tube-framed AC units that are noisy and inefficient.

Think about what makes a generator attractive for your campsite: quiet operation, low weight, a decent run time on one tank of gasoline, the capability to generate DC current, and a built-in inverter. A quiet generator is really one that has a decibel level in the 50s at 23 feet. Remember: It’s not just about your ears, but also about those of your neighbors.

Briefcase-style generators, with a handle on top and sound insulation surrounding the engine and alternator, are the quietest. These inverter-equipped models produce direct current—DC power—and use the inverter to turn it into 110v of alternating current, or AC, which is what you get from shore power.

Two more features are useful. The first is electric start. These generators have an internal battery to turn a starter motor. There’s a pull cord for backup. The second is a sensor that shuts the generator down if the oil level is low. This feature could save your generator if you’re lax about checking the oil regularly.

In general, the higher the power rating, the more expensive the generator is, at least within a single brand. Some brands carry a premium and may cost more for a unit that generates lower output than for a competing brand that produces higher output. Honda and Yamaha, both having reputations for quality, clean power, low noise and durability, are likely to cost more than competitors for equal power ratings—and they’ll sell at list price or close to it.

If you’re running an air conditioner, or lots of power-sucking devices simultaneously, such as a hairdryer, computer and a coffee maker, you may want to go with 3,000 watts or more. A 2,000-watt generator should suffice to run a small air-conditioner, but not multiple devices with it.

Almost all generators have an economy mode to save fuel. Read or watch reviews to determine if the wattage of a generator can run what you want in economy mode. On many models, the generator switches automatically from economy mode to full power when it senses a heavy load, then back down to economy when the load lightens.

A dual-fuel generator, which runs on gasoline or propane, has its advantages. For one thing, if you run it on propane, you don’t have to carry gasoline in a jerrycan—not the safest proposition. Yes, you’ll have to get propane more often, but trading in a tank of propane or having one filled can be a lot neater and easier than having to get and transport gasoline. Generators fired by propane also tend to run a bit quieter, which you may prefer.

The downside of propane: It’s less efficient. You’ll get fewer hours of operation out of a gallon of propane than out of a gallon of gasoline, although propane is at least a bit cheaper. If you think the noise level and convenience of propane refills are worth the tradeoff, a dual-fuel unit may be for you. You can hook a propane line directly from your RV tanks to a dual-fuel generator, or you can carry an extra propane tank—in your pickup truck bed, if you tow—to handle the generator.

Prices on dual-fuel generators, all other things being equal, are less than 20 percent higher. For example, a 3,400-watt sound-insulated Champion RV generator that uses only gasoline costs around $860. A dual-fuel version with the same wattage is less than $1,100.