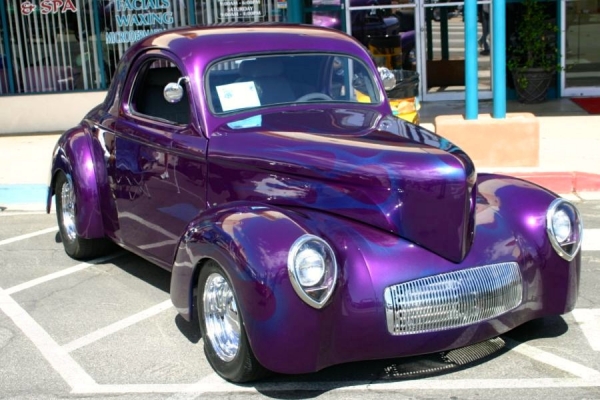 Nothing turns your head faster and farther than beauty—an old car that’s dressed to the nines. OK, almost nothing. But classic and custom cars do beg for your attention, and thousands—seriously, thousands— will be on display at car shows throughout Georgia during 2018, all an easy drive from Crossing Creeks RV Resort & Spa in Blairsville.

Car shows begin in earnest in April and May. Many are spring, summer or fall events. One of Georgia’s shows claims that it’s the world’s largest monthly show, running even through the winter.

Car shows in Georgia offer a chance to view a wide variety of vehicles:

Choose a show that attracts the type of vehicles you love. If you have kids, the tuner car shows, with cars like the ones in the “The Fast and The Furious” movies, might be a good way to hold their interest.

Car shows in Georgia include not only annual displays, but also monthly or even weekly gatherings.

In its 73rd year is the Pine Tree Festival Car Sow at Main Street Market, Swainsboro, on May 5. It’s sponsored by South Georgia Car Shows, whose facebook page lists other automotive showcases in Georgia. Check out Pine Tree on facebook, too. Cars run the gamut, from old through the muscle era to today’s performance cars. Attendance is free.

Events often combine philanthropy and cars. An example is the annual Exchange Club of Wayne County Benefit Car Show on June 9 at Wayne Memorial Hospital in Jessup. Sponsored by Wayne County Cruisers, the show helps to fund the Exchange Club’s charities. It features nine judged categories, including trucks, rods, motorcycles and tractors, and awards the top choices of attendees.

Some shows run monthly. Caffeine and Octane (is there a difference?) showcases cars on the first Sunday of every month year round in Dunwoody, north of Atlanta. It bills itself as the world’s largest monthly car show. The shows, which contribute to an NBCSN TV series, are at Perimeter Mall. It’s free—even entering a car is free. It’s also early: 8-11 a.m. On display are classics, muscle cars, modern performance cars, imports, exotics, rare vehicles and motorcycles. There are plenty of places to eat and grab a drink, including morning coffee.

Atlanta has several other shows, including a couple that combine fashion and rolling metal. Check eventbrite.com.

There are too many car shows to list. Just Google car shows Georgia and you’ll find plenty more. If you want to take the motorhome out and really travel, SoutherTravelGuide.net has a Southern states car show list.

By the way, we haven’t found one yet that judges RVs, but you never know.