In Search of Georgia’s Ghosts Featured 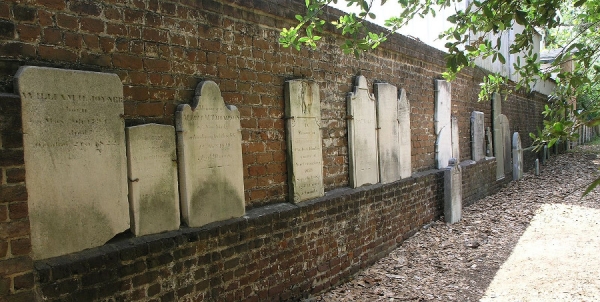 You can sit around a campfire and tell ghost stories for Halloween. Or you can get that creepy, crawling, cold feeling up and down your spine that comes from visiting some places in Georgia that many say are truly haunted.

So, in the spirit(s) of Halloween, we’ve gathered the details on a few ghost tours that you can experience in Georgia. Included are links to driving directions. Wherever you go ghost hunting, take a sweater. The experienced say the temperature drops when ghosts are near.

Not far from Americus is Andersonville National Historical Site, which honors the victims of the Confederate prisoner-of-war camp there. Park rangers lead respectful tours of the site, which also houses the National Prisoner of War Museum.  Treatment of prisoners by both the Union and Confederacy was abysmal, but Andersonville was, by all accounts, a death camp. Many visitors say they can hear the cries of agony from some of the 13,000 Union soldiers who died at the prison, infamous for its lack of sanitation and food.

The superintendent of the prison, Capt. Henry Wirz, was hanged after the Civil War for war crimes. The hanging failed to break his neck, so his body twitched at the end of a rope until he suffocated. His ghost reportedly has been spotted roaming the grounds.

Starting at the Decatur Town Square, tour guide “Boo” Newell leads visitors to buildings and cemeteries that people say are haunted. She delves not just into places where paranormal events have been reported, or where she’s experienced them, but also into the city’s history. The walk is about a mile long, so it’s the right length for kids as well as adults, but it takes two hours. What does she talk about? Murder, passion, vice, war and tragedy, she writes on her website. Plan to shoot photos—many people say orbs indicating paranormal activity show up in theirs.

Here’s a chance to hunt for the supernatural and help to preserve Roswell’s historic features. A portion of every admission fee goes toward preservation projects.

Dianna Avena and other experienced paranormal investigators lead a 1-mile, 2½-hour Roswell Ghost Tour Friday, Saturday and Sunday evenings. Roswell is an equal-opportunity haunt: Spirits have been reported in mansions as well as working-class homes and abandoned mills outside of town. Participants, and not just the tour leaders, say they have captured photographic, video and audible evidence of paranormal activity—people who no one remembers seeing, a person who casts no shadow, moans of workers in the mills. There’s a reduced price for children 12 and younger, but the tour guides do not recommend that children under age 13 take the tour.

The Windsor Hotel in Americus is a Best Western Plus establishment. Perhaps the plus refers to its spirits.

There’s nothing unusual about a doorman helping hotel guests with luggage—unless it’s at the Windsor. At the ornate Victorian-era brick hotel, there’s one—Floyd, an elderly gentleman—who guests occasionally report helping them out. The thing is, the Windsor hasn’t had a doorman in years. Floyd really had worked there.

Then there’s the patter of little feet running through the hallways at night. That might be Emma, the daughter of Emily Mae, the housekeeper. The only problem is that both were slain in the 1920s when Emily Mae’s lover pushed them down an elevator shaft.

And some guests say things they own are moved inexplicably from one place to another in their rooms. There is one explanation, of course, and the hotel is glad to share it with folks on the ghost tour.

If Savannah is, as reputed, the nation’s most haunted city, there are sound reasons. It was the center of the slave trade. Its population was ravaged by a yellow fever epidemic, with many victims buried in the Colonial Cemetery. And undoubtedly, women were raped and people were killed as a result of the city’s capture under Union Gen. William Tecumseh Sherman, who surprisingly spared the city from being torched. Sherman telegraphed President Abraham Lincoln to tell him he was presenting Savannah as a Christmas gift in 1864. Savannah did experience a devastating fire in 1865, although its cause has been a subject of debate.

Savannah’s status as the haunting capital may be the reason the city offers so many tours of ghost sites and graveyards. Rather than single out one, we’ll send you to a Savannah ghost tour list with offerings and prices. Some tours are walking; others are riding. Some are adults only; others are child-friendly. One even welcomes well-behaved dogs.

Directions: Savannah, a coastal city, is about a 5½-mile drive from Crossing Creeks. The quickest route is past Atlanta, so it would be easy to work in other sites in this blog while driving to or from Savannah.