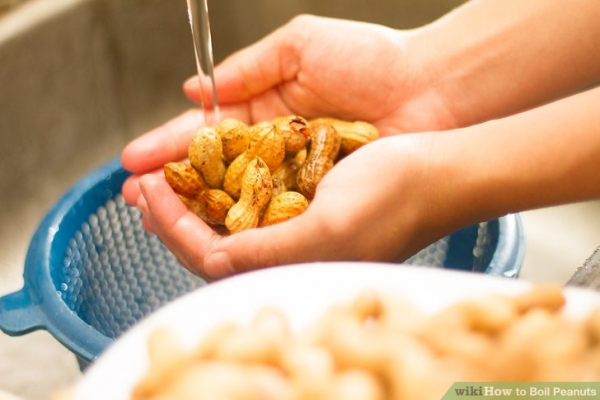 If you think Georgia runners are tailbacks who gain a lot of yardage for the Bulldogs, you don’t know much about Georgia peanuts.

Runners are often the peanuts you snack on during the game. They’re the most common type of peanut grown in the state. That’s significant, since Georgia has just under 50 percent of the peanut acreage cultivated in the United States.

October just about finishes the Georgia peanut harvest, which begins in August, so let’s talk peanuts.

Here are some other quick Georgia peanut facts:

To thrive, peanuts need about 22 inches of rain during the growing season and sandy soil that drains well. That’s why the Coastal Plain is prime peanut country.

Allergy Warning: If you have a peanut allergy, no preparation in the world will make peanuts safe for you. If you’re preparing food for guests and using peanuts as an ingredient, from Chinese chicken to candy or sweetbread, make sure none of your guests has a peanut allergy. It can take very little peanut content to trigger a dangerous anaphylactic reaction in those who have the allergy. 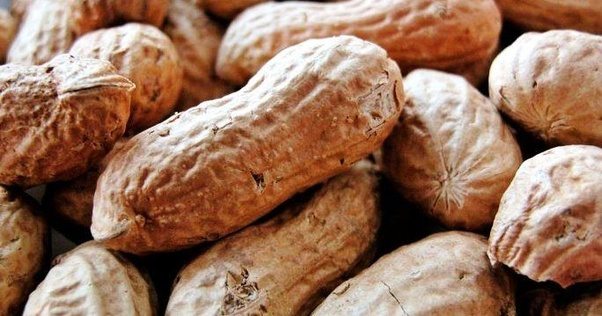 If you want to enjoy some George peanuts, here are a few suggestions:

For boiled peanuts, you need green peanuts, or dried peanuts that you rehydrate. The peanuts should still be in the shell. Raw peanuts for boiling often are Valencia or runners. Dried peanuts might be the Virginia type. Despite the name, most are grown in Georgia.

Boiled peanuts, unlike dried and roasted peanuts, are soft after they are cooked. They have to be refrigerated not only before they are boiled tp keep them from spoiling, but also afterwards. If you want to make a large quantity for later eating, freeze them in bags. They’ll keep for months if frozen, then microwaved to thaw.

You can boil peanuts on the stovetop, but it’s easier to boil them in a slow cooker, such as a Crockpot. Boiled peanuts are almost always salty. Popular seasonings are Old Bay or Zatarain Cajun-style.

If you use dried peanuts, rehydrate them by placing them into a pot of water, unheated, and let them soak overnight.

We’ve looked for some good recipes. Here are links to a couple:

You can certainly go out and buy roasted peanuts. They’re all over the place, from gas stations to corner stores and supermarkets. But why not roast them yourself? If you like them really well done, which processed peanuts often are not, you can turn them a savory toasted brown in your own oven.

Peanuts can be roasted in the shell or out. It’s easy to roast raw peanuts, or dried peanuts, which stay fresh longer than raw peanuts do. You can roast them with salt and/or seasonings, or plain. That’s a matter of taste. There’s no right or wrong seasoning. And here’s good news: Roasting takes less than an hour, which is a fraction of the time required for boiling.

One thing to remember about roasted peanuts is that once you roast them, they continue to cook even as they cool off. A peanut that’s hot and a bit chewy right out of the oven will be a little more done and crisper after it cools.

Here are a couple of recipes:

If you want to learn more about peanuts and myriad ways to prepare them—for breakfast, snacks, natural peanut butter, or as part of your main meal—visit the Georgia Peanut Commission website.

After you’ve done the work, munch on a few peanuts with family or friends during a football game or while just socializing outside your RV.

More in this category: « In Search of Georgia’s Ghosts Christmas Made in the South: Multi-City Holiday Craft Show »